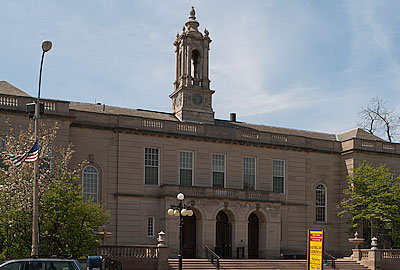 Arlington, founded over 350 years ago, stands today as a thriving and popular town just miles northwest of Boston. Recently named one of the top 5 real estate markets in the US by a national publication, Arlington is rich with familiar neighborhoods, superb schools, wonderful social and outdoor amenities, and great proximity to downtown and surrounding communities. 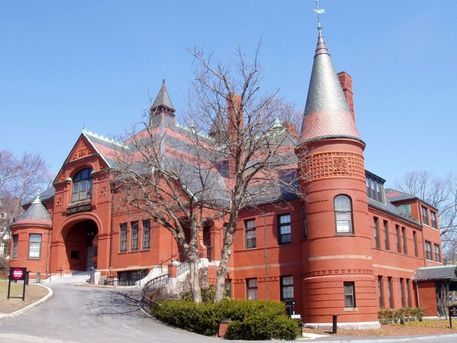 Settlement in the area that now includes Belmont began in 1630, when Sir Richard Saltonstall and approximately 40 families separated from the first settlers of the Massachusetts Bay Colony and moved inland to start an agricultural community.Those settlements grew into villages, but local government arrangements were annoying because citizens had to go to Watertown, Waltham, or West Cambridge (now Arlington) to vote and attend town meetings. A group of about 1,000 people joined together in the early 1850's and announced their desire to form a separate town. One of the most enthusiastic advocates was John Perkins Cushing, the largest taxpayer of the proposed town, who gave generously and openly to the incorporation expense on the condition that it be named after his 200 acre estate "Bellmont." The towns of Watertown, Waltham, and West Cambridge fought the proposed creation of a new town, but in the end the battle was won and on March 18, 1859 the Town of Belmont was born. Belmont today, with a population of 25,349, is almost entirely residential and is known as "The Town of Homes." 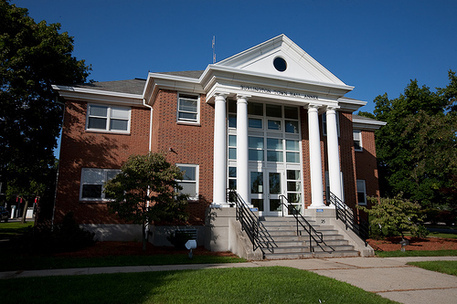 &la href="http://www.burlington.org/" target="_blank">Burlington, Massachusetts is a community of approximately 23,000 people, and is situated in Northeastern Massachusetts, bordered by Bedford on the west, Billerica on the northwest, Wilmington on the northeast, Woburn on the southeast and south, and Lexington on the south. Burlington is 12 miles south of Lowell, 13 miles northwest of Boston, 36 miles southeast of Fitchburg, and 224 miles from New York City. The Town is ideally situated within the state highway system. Route 95/128 runs east/west through southern portions of the Town. Route 3 runs north/south through the western portion of the Town. Route 93, a major interstate north/south highway,is located approximately 3 miles to the east of Burlington.

Burlington is a popular destination for shopping (The Burlington Mall and a wide variety of stores in the surrounding area) and dining (Burlington Restaurants). Schools include Fox Hill, Francis Wyman, Memorial & Pine Glen Elementary, Marshall Simonds Middle and Burlington High. 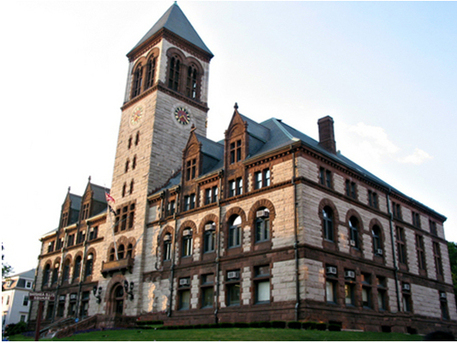 Just across the river from Boston, Cambridge offers an exciting multicultural setting where visitors from around the world mingle in the shadow of two of the world's premier educational institutions: Harvard University and the Massachusetts Institute of Technology (MIT). Teeming with cafes, bookstores, and boutiques, Cambridge is often referred to as "Boston's Left Bank".

Old Cambridge encompasses the original village of Newtowne--established by founders of the Massachusetts Bay Colony in 1630. The customs and institutions of Newtowne's first residents are discernible in the street plan of their settlement, which survives almost intact in Harvard Square. The neighborhood of Old Cambridge remains a residential, commercial, and academic center. The buildings here span four centuries of Cambridge history and have witnessed the development of a wilderness village into an international community. The most famous house along "Tory Row" on Brattle Street is the Longfellow National Historic Site, former home of poet Henry Wadsworth Longfellow and briefly the headquarters of General George Washington during the Revolutionary War. 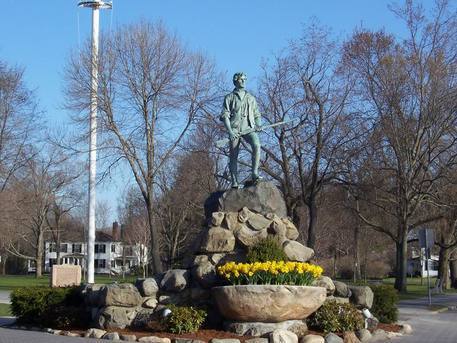 Located 11 miles northwest of Boston and east of Concord, Lexington is also within 2-3 hours' driving distance from Cape Cod and the beaches of New Hampshire, Maine, Rhode Island, and Connecticut. The natural and cultural resources of the Berkshire Mountains are also a few hours' drive west. 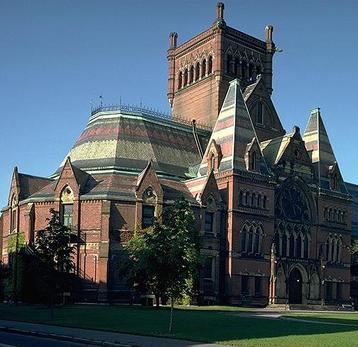 The name Medford is thought to have come from "the ford by the meadow" or "Meadford" thus commemorating the importance of the fordable part of the Mystic River located just west of present-day Medford Square. The original area of Medford was owned by Mathew Cradock, the first Governor of the Massachusetts colonies. Although Cradock never saw it, he employed men to develop his land into a plantation. After his death, the plantation passed to his heirs and then was sold en masse in 1652 to Edward Collins. The area was designated a "peculiar" which signified that it was private property and not a properly incorporated town. Collins began selling pieces of land to others after 1656. In 1684, Medford was granted the right to raise its own money by the General Court. In 1892, Medford became incorporated as a city. 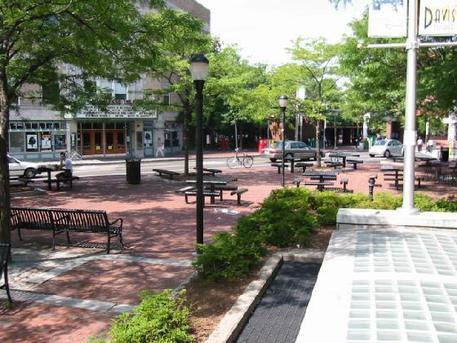 Somerville is a city located in Middlesex County, Massachusetts, just two miles north of Boston. Occupying slightly over 4 square miles, its population of 77,478 (as of the 2000 census) and a myriad of immigrants from all over the world make Somerville the most densely populated community in New England and one of the most ethnically diverse cities in the nation. Today, Somerville is home to an eclectic mix of young professionals, blue-collar families, college students, and recent immigrants.  Rich in both history and culture, the city houses numerous intriguing sites, businesses, and restaurants for every style. 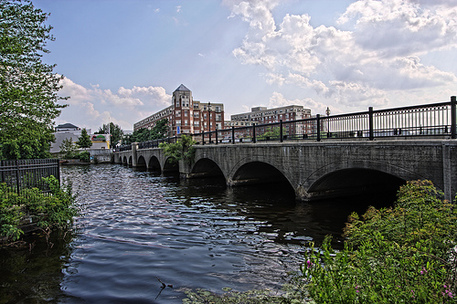 Waltham, located in eastern Massachusetts, is a western suburb of Boston. Founded in 1636, incorporated into a town in 1738 and then into a city in 1884, Waltham is now a diverse community with various opportunities for living, education, work, and leisure. Historically Waltham is probably best known as the home of the Waltham Watch Factory, a pioneer company of the Industrial Revolution. Today the city is home to a wide variety of thriving businesses, restaurants, and two major institutions of higher learning, Bentley University and Brandeis University. 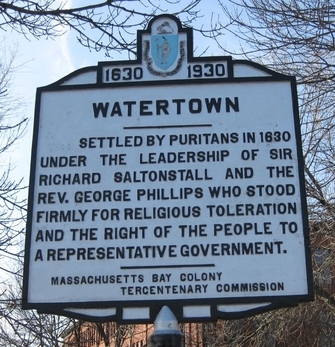 Strategically located just six miles northwest of Boston in Middlesex County, Watertown enjoys the advantages of this metropolitan commercial, residential, and social community while maintaining its own local characteristics and unity. For many years the population of Watertown was greater than Boston. Watertown is made up of six neighborhoods each with their own personalities: Bringham Historic District, East Watertown, Bemis, Watertown Square, Coolidge Square, and the West End. Watertown is bordered by the Charles River. Watertown is great for those who are looking for an easy commute to Boston as there are a number of bus stops.  Watertown is also home to  The Perkins School for the Blind was charted in 1829 and moved to Watertown in 1912. Henry Wadsworth Longfellow is buried in Watertown. 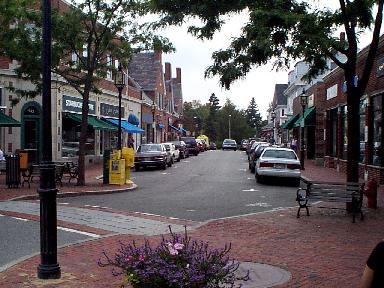 Winchester is a town located in Middlesex County, Massachusetts, eight miles north of Boston. Despite its steady growth and proximity to a large metropolitan area, Winchester retains the autonomy, the individuality, and the friendliness of a small town. In Winchester, quite apart from the attractiveness of the town and its surroundings, you will find in the community a very unusual civic spirit. The people of that town take an intelligent interest in the management of its affairs and in its continual improvement and beautification. The Center is a unifying force in the life of the town. In a relatively small area are located the Town Hall, Library, physicians' and dentists' offices, most of the churches, and a shopping district. 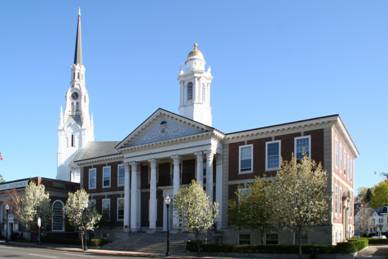 Woburn has an unbeatable location, 9 miles north of Boston, with easy accessibility to all points in New England, two interstate highways, and public transportation via bus, train, and commuter rail. It is a community with a long tradition of civic participation, volunteerism, and a passion for sports & recreation. There are several parks, golf courses, and tennis courts in Woburn. A rich and diverse community, Woburn is a great place to live, work, retire, and raise a family.