2017 was a year of lower inventory. Lower inventory meant fewer homes being sold, homes selling faster, and selling prices increased compared to 2016.  Below you will find some insights on how the Arlington and Cambridge housing market faired last year in comparison to 2017. 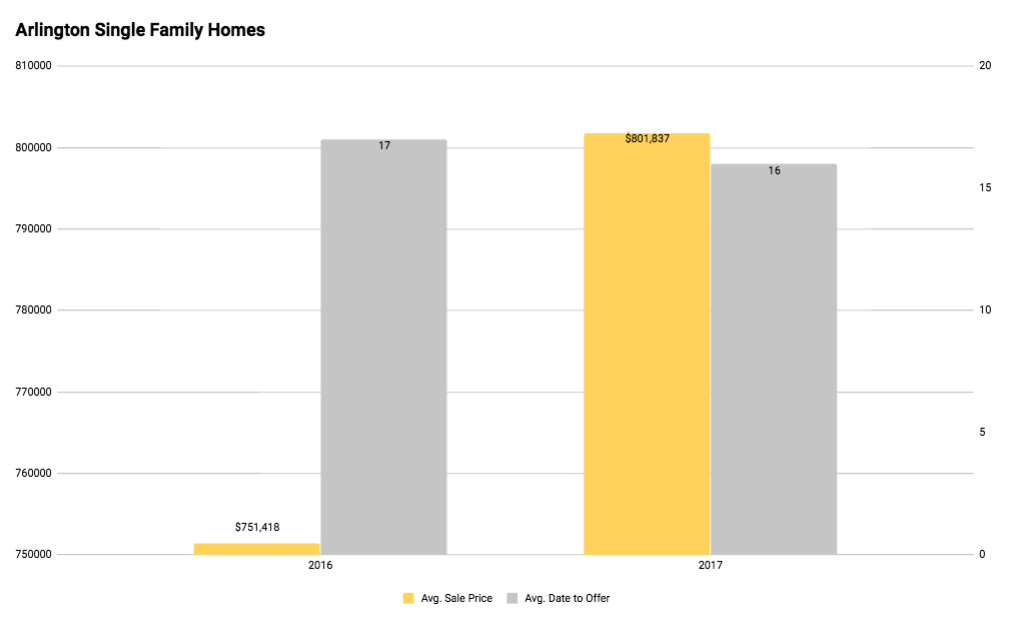 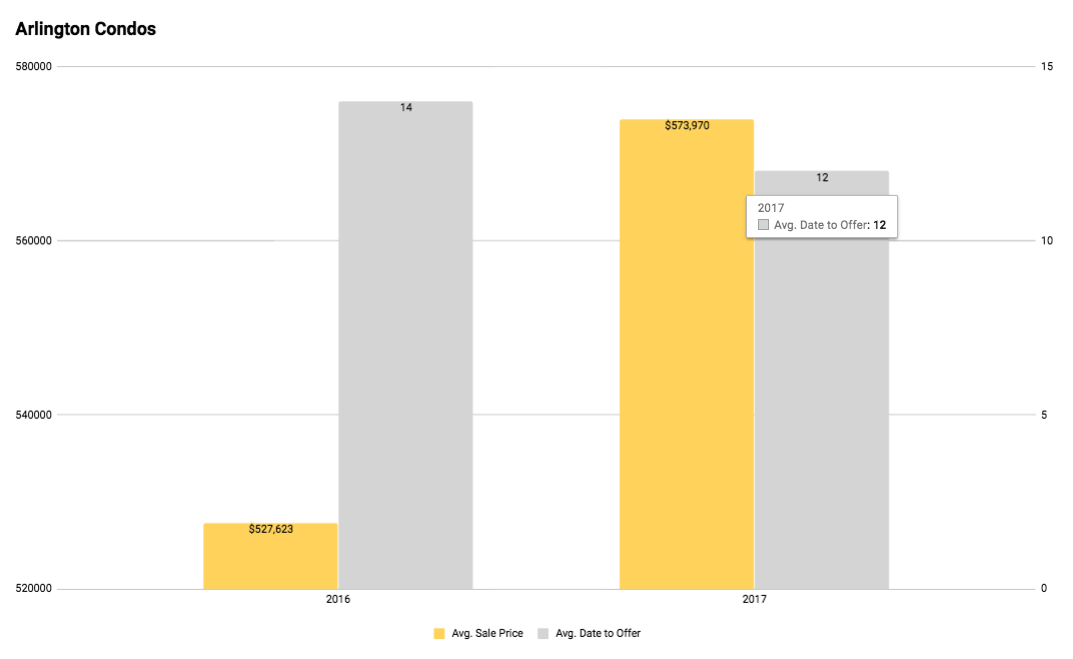 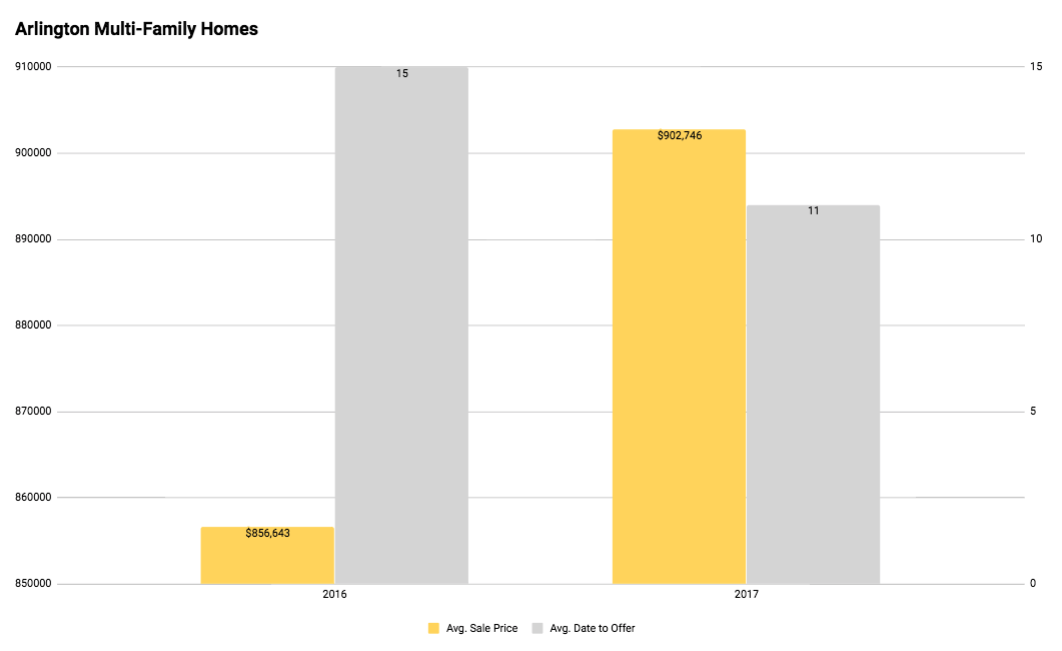 Cambridge, Massachusetts is located directly north of Boston across the Charles River. Cambridge is made up of distinct squares that give the city its charm. Regardless of what you're looking for, Cambridge has something for everyone from newly constructed condo buildings to established neighborhoods that are perfect for raising a family. In 2017, there were 89 single family homes, 606 condos, and 77 multi-family homes sold in Cambridge. 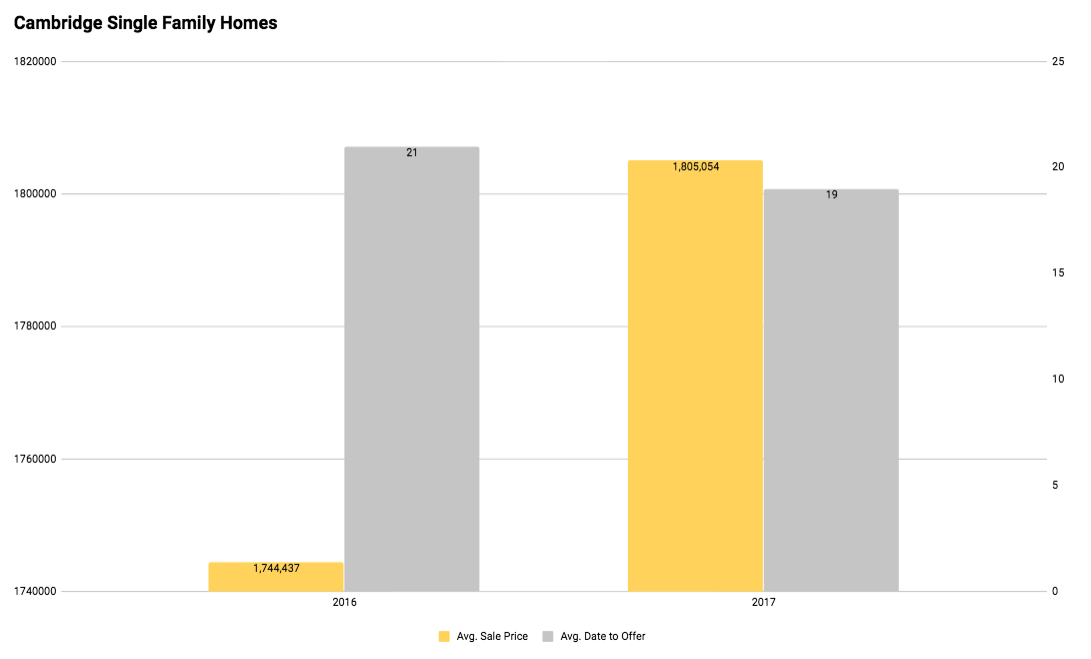 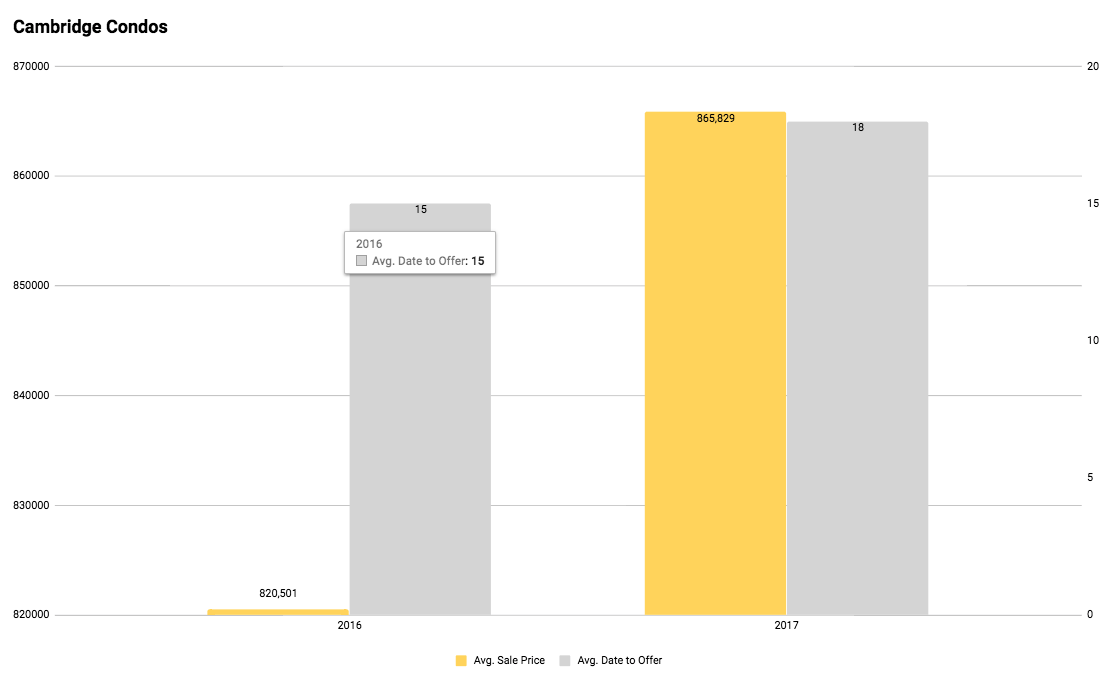 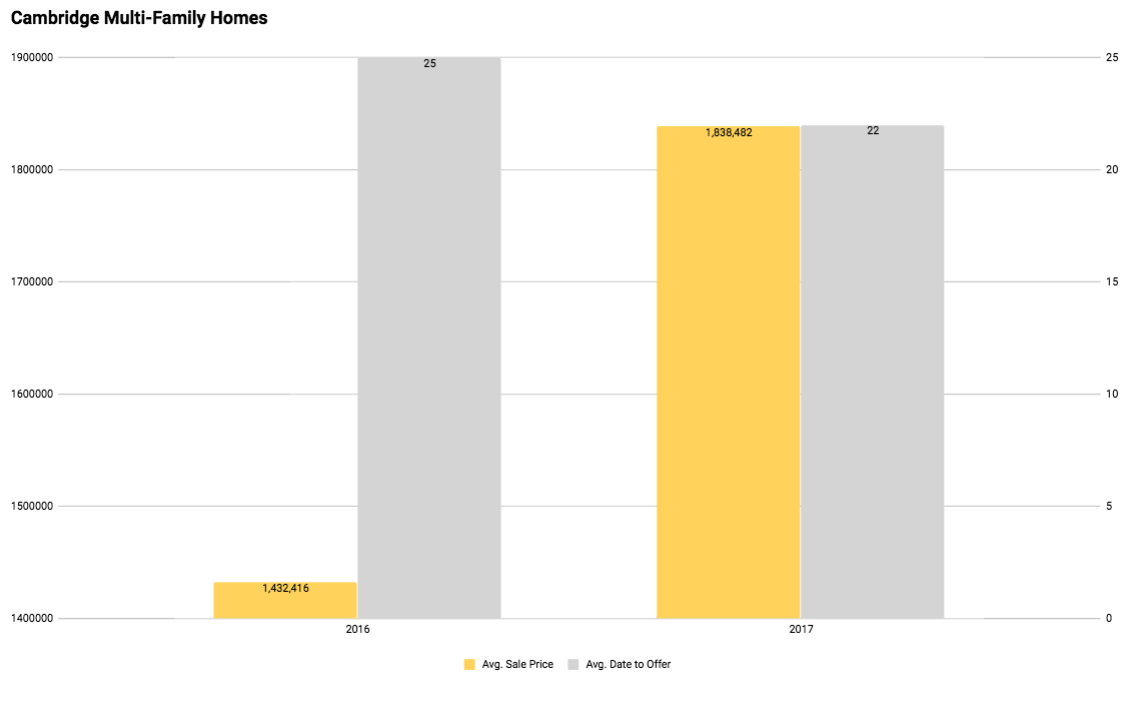