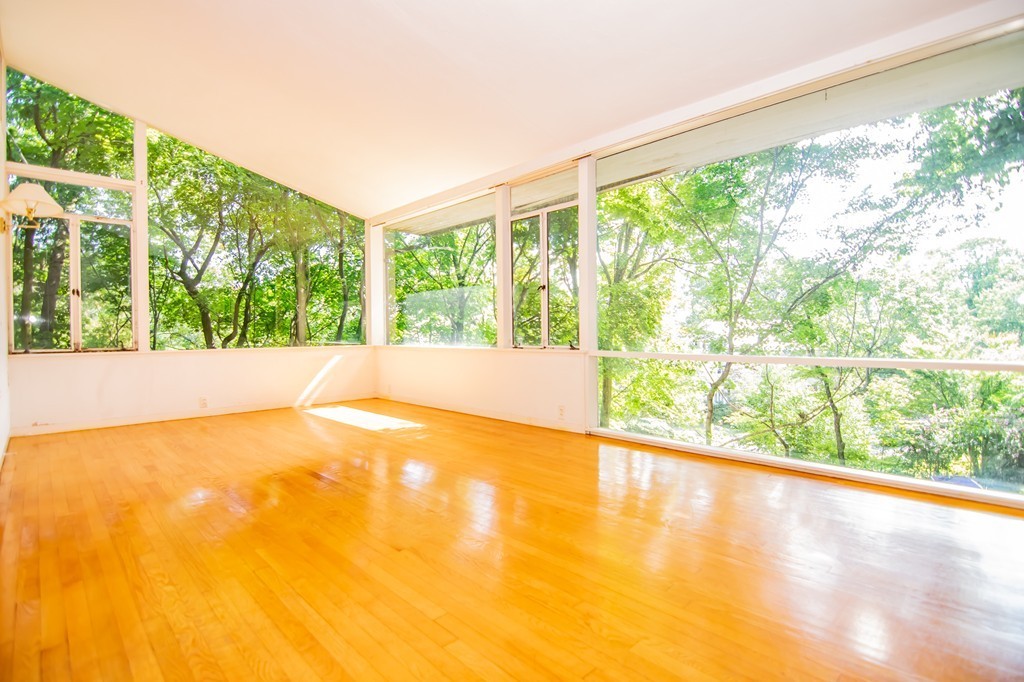 Located in the Pleasant Street Historic District, this 1948 Mid-Century Modern home was designed by Carl Koch, a noted American architect. The house has had only 2 owners, the late Robert Pound, for whom it was built, and the late Roy Glauber, a former Harvard Physics professor and winner of the 2005 Nobel Prize. The property was built onto rocky ledge, surrounded by nature. It has 6 rooms, 3 bedrooms, and 2.5 baths. Unique features include gas-fired radiant heat in ceiling and stone floor, windows galore, & two large central fireplaces. In its prime, beautiful landscaping encircled the home including green Japanese maples which came from the Arnold Arboretum. The property has been vacant for 12 years and is unfortunately in need of a COMPLETE renovation. It will require somebody with a penchant for mid-century modern architecture, who has vision, patience, and an ability to design creatively. The house sits up on a hill, in the middle of one of the largest lots in town (27,065 sf.)

Never miss new listings between $698,000 - $853,000 in this neighborhood
Successfully Subscribed!
We will never spam you or sell your details. You can unsubscribe whenever you like.